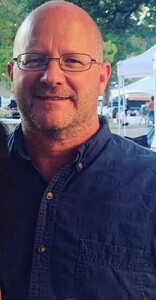 Hello Typhoons! I am looking forward to a fun season. While it will be my first time coaching the Typhoons, I previously coached High School and USA Swimming club programs for 15 years on a full-time basis. During that time, I administered and coached programs that provided opportunities for new swimmers to national championship qualifiers.

While I have been fortunate to train swimmers and coach in some of the best facilities in the country, my favorite coaching moments come from my High School and community-based programs where a wide-range of individual goals can be achieved on the way to making a fun team environment.

As a parent who has had swimmers in this program in the past, it will be fun to help create an environment for kids of all abilities to enjoy coming to practice and achieve their goals.

My daughters (10&12) will be on the team this summer. They also participate in soccer, gymnastics, and other activities. Along with my son and my wife Amy, we enjoy other family activities in the area as well. When the summer team season is over, we will head out for our annual trip to Northern Wisconsin to cool off. 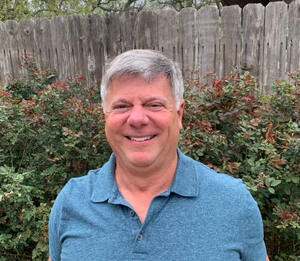 I am excited to be a part of the Cedar Park Typhoon family! Although this summer will be my first time helping to coach the team, I already feel a strong connection to the Typhoons as my grandchildren, Parker and Payton have been with the team since they were 6 & unders.

I too started my swimming career on my own neighborhood swim in Houston and had a blast! It led to swimming my high school years at the “Dads Club”, under “Skip” Kenney (former head coach at Stanford), and with Rob Orr (USC graduate and head coach at Princeton). While at the Dads Club, I was a member of the National Record setting 15-17 boys 800 freestyle relay.

I graduated from the University of Texas in 1983 with a degree in Civil Engineering.

After graduating, my wife Susan and I moved to Round Rock and I became an Assistant Coach for the Round Rock Dolphins in 1986-87.

Later I become a South Texas Swimming Official meeting the requirements as a Stroke/Turn Judge while my daughter, Kristen, swam at Nitro during her high school years. During this time I coached various groups at Nitro ranging from the Developmental Team to the Senior Champs from 2008-2010.

I am married to Susan (Early Childhood Teacher) and have two grown children – Bryan (a Physical Therapist) and Kristen (a Diagnostician for the Elgin School District). I have four grandchildren, Parker, Payton, Cooper and Claire.

These past few summers, I have really enjoyed watching my grandchildren and the Typhoon team compete. It is really exciting watching practices, interacting with the swimmers, watching them compete and the friendships that develop. I love seeing the satisfaction of a swimmer winning their heat or improving their time for a personal best. I am looking forward to a GREAT summer season!

Felicity Hesters has been a swimmer for 10 years, and just graduated from Leander High School as the captain of the swim team.

She learned to swim as a Cedar Park Typhoon, and has been a die-hard Typhoon ever since!

She is currently a student at ACC who is studying Psychology, planning to get her masters in Occupational Therapy. 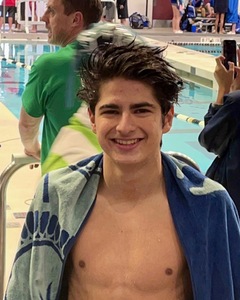 I'm Diego Salazar and I'm 18 years old.  I was born in Monterrey NL and I came to live in Austin Texas when I was 8 years old.  I am a senior at Cedar Park High School and am a member of the Varsity Swim Team. I have been swimming for 14 years and for 7 of those I’ve been a Typhoon.  I have given swim lessons for a couple of summers and I am excited to coach for Typhoons.

In the Fall I will be attending UT Dallas to major in Psychology and minor in Neuroscience. Can’t wait to have an amazing and fast summer with all of y’all! 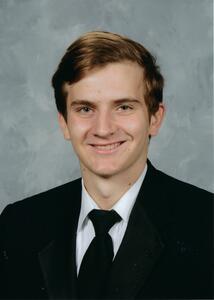 Cameron Zapalac started his swim career with the Cedar Park Typhoons in the 7/8 tent over 10 years ago.  He swam on the Nitro club team through middle school and with Sailfish in high school.

Cameron attended Vista Ridge High School where he served as team as a Captain for the Varsity Swim Team and qualified for State his Senior year. He currently a student at Texas A&M University. Cameron has experience coaching at the Twin Lakes YMCA and is so excited to continue to be a part of the Typhoons family as an assistant coach! 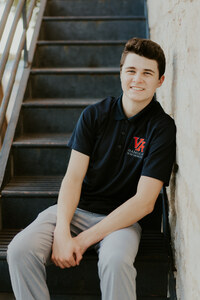 I’m Austin Browder and I’m an engineering student at Texas A&M University. In high school at Vista Ridge, I was a varsity swimmer and a team captain my senior year. I’ve been swimming with the Typhoons since I was just 8 years old and I volunteered after many practices the past few seasons. I love this team and I’m excited to coach this season!

Tri-Meet vs. Forest North and Georgetown